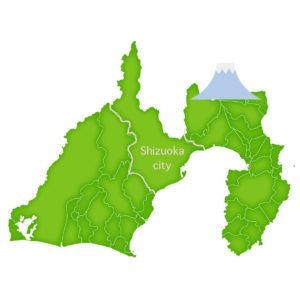 How to Ride a Shizutetsu BUS
1. Get on the bus from the “back door”.
2. Take a “ticket” comes from the machine at the door.
3. Check the “price” next to the same number on your ticket on the screen above the front door.
4. Press the button (should be around you) in advance as the bus get closer to your destination.
5. Pay with “cash”, throw the money in the box next to the driver. It doesn’t give you change, so make sure to exchange using the machine next to the driver in advance.
6. Get off from the “front door”.

How to Ride a Shizutetsu Train
1. Buy a ticket from the machine at the gate.(see the pic above)
2. Let the ticket gate suck your ticket. And go through the gate when it opens. (*Don’t forget to take your ticket coming back out from the gate.)
3. Make sure you wait on a right plate form.
4. Get on the train when the doors are open. (use any doors)
5. Get off at your destination when the doors open.
6. Let the ticket gate suck your ticket again. This time it doesn’t come back. So just go.;p 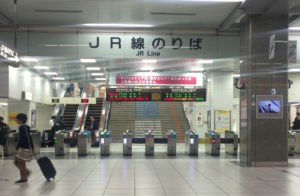 With JR trains you can transfer from the east to the west of Shizuoka city. We have 9 stations in the city. And the major ones are “JR Shizuoka station”, “JR Higashi Shizuoka station”, and “JR Shimizu station”. There’s only “Tokaido line” which actually go to farther to the east(Tokyo) and the west(Nagoya). How to ride the train is pretty much the same as Shizutetsu train above. 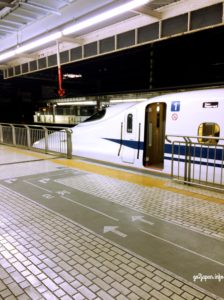 Back to the TOP